NEEQ OFFERS 'LOVE' TO THE WORLD WITH HIS NEW EP

Neeq took time in 2015 to create a project he holds close to his heart through the creation of the "L.O.V.E." EP. This 4 songs album showcases the lyrically clever ways of putting love into rhymes. Strong from his debut album "One" which featured his signed single "My Generation" Neeq's new material will propulse is career at new heights, and he admits to be 'ready to face the music'. With overwhelming feedback from production companies in Australia such as Sony Music, Nee

NeeQ - Put It Down NEW VIDEO IS RELEASED !!!

NEEQ HITS THE CROWN FOR EASTER

NEEQ GETS SUPPORT FROM MAURITIAN RADIO 3ZZZ on 92.3 FM

NEEQ HITS THE CROWN FOR EASTER

NEEQ GETS SUPPORT FROM MAURITIAN RADIO 3ZZZ on 92.3 FM 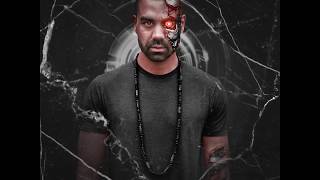 "I AM MACHINE" NEEQ STRONGER THAN EVER